Simple Eye Test may be able to Detect Food Addiction 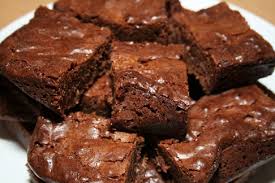 Dopamine is associated with the brain’s reward, pleasure and addiction centre and is released in the eye in response to light. Dopamine is also believed to be involved in Attention Deficit Hyperactivity Disorder (ADHD) which is often treated with medications such as methylphenidate (Ritalin®).

OVERVIEW OF THE STUDY

In a small study of nine overweight patients without eating disorders was conducted at the New York Obesity Nutrition Research Center and published in the journal Obesity on June 20, 2013.  Researchers used a tool called electroretinography (ERG) to measure increases of dopamine in the retina of subject’s eyes as they ate a piece of chocolate brownie. Electroretinography is a non-invasive tool normally used by ophthalmologists to look for retinal damage.

Researchers found a surge in dopamine activity in participants when the eye was exposed to a flash of light just as the subject ate a piece of brownie. A similar spike was noticed when subjects were given the drug methylphenidate (Ritalin®), used in the management of ADHD to trigger a dopamine response. The responses in the presence of chocolate and methylphenidate (Ritalin®) were each significantly greater than the response to light when participants ingested a control substance, water.

These findings were significant since prior to this study, the eye’s dopamine system was considered separate from the rest of the brain’s dopamine system. If this technique is validated through additional and larger studies, researchers may be able to use electroretinography (ERG) to study food addiction.

The low cost ($150) and ease of performing electroretinography (each session generates 200 scans in just two minutes) make it an appealing method when compared with procedures to measure dopamine responses directly from the brain, which are significantly more expensive and invasive. PET scans of the brain costs about $2,000 per session and takes more than an hour to generate a scan.

Since food is necessary as a nutrient delivery system for people but also plays a role as a pleasure delivery system, being able to inexpensively and non-invasively measure the effect of dopamine release in the eyes when certain foods are eaten may be able to be used in the future to maximize the pleasure and nutritional value of food and minimize side effects, such as consuming excess calories and corresponding weight gain.