Eric graduated from Vancouver College of Massage Therapy in 2019. Before joining the RMT program, Eric practiced massage for ...read more › 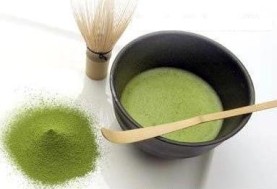 Recent estimates indicate that about  1/3 of the adult population in the US is obese [Centers for Disease Control and Prevention, 2009] and while 2011 estimates in Canada indicate that approximately 1/5 of Canadians adults are classified as obese based on self-reported height and weight [Statistics Canada], studies have found that obesity rates in self-reported weight is ~7.4% higher when based on measured height and weight [Shields et al].  Adjusting for this under self-reporting of weight, > 1/4 (25.6%) of the adult population in Canada would be considered obese.

Recent literature suggests that obesity and the related diseases of “metabolic syndrome” associated with obesity are not just a North American problem either, but a global health problem [Popkin]. Although there are many genetic and environmental factors that may predispose people to weight gain, the main cause of overweight and obesity is believed to be an imbalance between dietary intake and energy expenditure (i.e. calories in > calories out).  Excess fat mass develops over time from a very small positive energy imbalance i.e. just taking in slightly more calories than needed.

In general, average weight gain per year is small; approximately 1 pound per year across all race, economic, and sex groups [Brown]. There are many strategies used to address weight gain, including;

Green tea is the unfermented leaves of the Camellia sinensis plant and contains a number of biologically active compounds called catechins and epigallocatechin gallate makes up almost 30% of the solids in green tea [Kim et al].  Recent studies have found that green tea catechins, especially EGCG play a significant role in both weight loss and body fat composition.

Several large-scale population studies have linked increased green tea consumption with significant reductions in “metabolic syndrome” which is a cluster of diseases that include;

It is thought that epigallocatechin gallate (EGCG), the most abundant catechin in green tea, mimics the actions of insulin. This has positive health implications for people with insulin resistance or diabetes [Kao et al] and EGCG also lowers blood pressure almost as effectively as the ACE-inhibitor drug, Enalapril, having significant implications for people with cardiovascular disease [Kim et al].

Population studies and several randomized controlled studies (where one group is “treated” and the other group is not) have shown that waist circumference is smaller and levels of body fat is less the more green tea consumed  [Phung et al] .The anti-obesity effects of green tea are usually attributed to the presence of catechins [Naigle].

While catechins make up ~ 30% of green tea’s dry weight (of which 60–80% are catechins) oolong and black tea, which are produced from partially fermented or completely fermented tea leaves contains approximately half the catechin content of green tea.

A typical cup (250 ml) of brewed green tea contains 50–100 mg catechins and 30–40 mg caffeine, with the amount of tea leaves, water temperature and brewing time all affecting the green tea catechin content in each cup.

Even with such small amounts of weight loss;

How do Green Tea Catechins Work?

The timing of green tea catechin intake may also affect the absorption and metabolism of glucose.  A study by Park et al found that when green tea catechins were given one hour before to a glucose (sugar) load, glucose uptake was inhibited and was also accompanied by an increase in insulin levels. Taking green tea catechins an hour before consuming highly sweet foods may be beneficial for those with insulin resistance or diabetes.

There seems to be some dispute in the literature as to whether the casein (a protein) in milk binds green tea catechins, making them unavailable for absorption in the body, which is why matcha drinks are often made with non-milk beverages such as soy milk, almond milk or rice milk (that don’t have casein).

Consuming between 1 – 4 tsp of matcha powder per day (270 to 1200 mg green tea catechins / day) is sufficient to result in weight loss of approximately 3 lbs in 12 weeks (with no other dietary or activity changes) and to significantly decrease body fat composition and reduce the quantity of abdominal fat.

While EGCG has also been found to be similar in its effect to etoposide anddoxorubicin, a potent anti-cancer drug used in chemotherapy [Bandele et al], high intake of polyphenolic compounds during pregnancy is suspected to increase risk of neonatal leukemia. Bioflavonoid supplements (including green tea catechins) should not be used by pregnant women [Paolini et al].

For those of you that have been asking what Teamwork’s Registered Dietitian, Joy Kiddie is always drinking in that thermos…this is it!

Note: once the matcha is blended with the soy milk, the tannins in the green tea are neutralized and no longer react with metal, so the beverage can then be put in an insulated stainless steel cup.
Article by Joy Y. Kiddie MSc, RD – Registered Dietitian with Teamworks Health Clinic